Gakusen Toshi Asterisk Gaiden Wings of Queenvail (学戦都市アスタリスク外伝 クインヴェールの翼) is a Japanese light novel series written by Miyazaki Yuu and illustrated by okiura. The series has been published by MF Bunko J since April 2016.

The series has also been adapted into a manga series illustrated by Akane Shou, and was serialized in Bessatsu Shounen Magazine from August 2014 to August 2016.

In Asterisk, there are tournaments known as Festa. As the winner of the Festa is granted any wish, students train daily to win. Wakamiya Minato is currently on a 49 losing streak, however she fights on for a certain dream. (Volume 1)

I want to go to the moon. To grant that wish, Minato aims for victory at the team tournament Gryps. Searching for her fourth teammate, Minato recruits Renjouji Yuzuhi. In addition, she attempts to recruit Sophia Fairclough, and decided to have a duel with her to prove herself... (Volume 2) 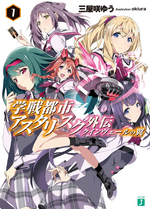 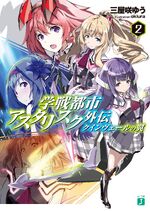 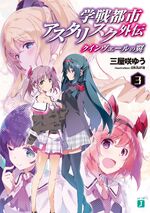 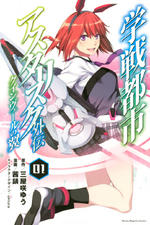 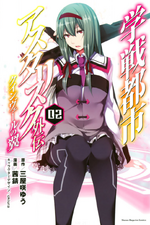 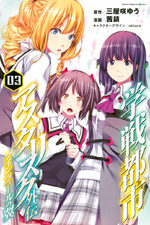 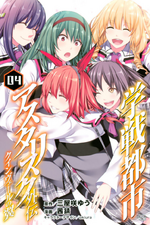