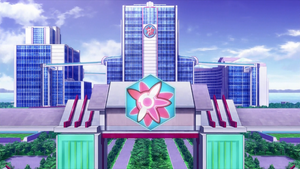 Seidoukan Academy (星導館学園) is one of the six schools in Asterisk.

Seidoukan Academy is the school Ayato attends. The student council president is decided by an election, with the current president being Claudia Enfield. They are governed by Ginga and have the Kageboshi as their intelligence organization. The Seidoukan emblem is the unyielding red lotus. Seidoukan promotes autonomy within students and therefore the rules are lenient. They also have a considerable number of Strega and Dante. The school building is modern and open with the middle school, high school, and college buildings surrounding an inner garden. Seidoukan specializes in the Phoenix; however, their overall result the season before Amagiri Ayato began attending was fifth place.

Starting from volume 12, okiura renewed the Seidoukan uniform design, updating it along with the main characters' appearance changes. The design is mostly the same except for an addition around the neck, the inner uniform has become dark blue in color with a white stripe down the center and on the sides, a large black stripe on both jacket sleeves, the waist guards are white with blue edges, and the leggings are white with similar edges. 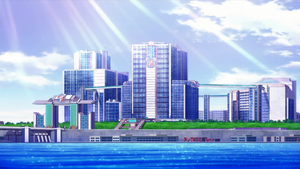